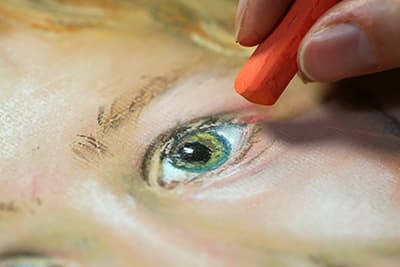 A while back, I was walking in downtown Chicago with a friend. It was December, the stores were lit up for Christmas enticing shoppers to come and spend money on shimmering gifts and goodies of all kinds. It was also very, very cold. As we passed what was then Marshall Field’s, I was approached by an elderly woman, somewhere in her 80’s, asking me for some spare change. She crept out of an indent in the building where I could see she had set up a section of cardboard and pile of dirty blankets to lie upon. She was about 5’ tall with white/grey hair and a ratty old parka pulled around her that didn’t zip up anymore. Her face was red from the wind and her hands, when she took my coins, were ice old. Surprisingly, my friend, who was a very decent fellow, admonished me for giving the old woman my spare change! He said, “You should never give “them” money! “They” will just keep asking and there are places for “them” to go if “they” really need it.” It amazed me that after three short years of living in Chicago my friend has not only become desensitized to the plight of the homeless, he had come to be annoyed by their very presence on the Magnificent Mile. He was choosing not to see the humanity but to see the obstacle the person placed in his sightline.

I read a story recently of a church that was awaiting the arrival of their new pastor. The day finally came, and the congregation flocked to fill the pews on the Sunday he was set to celebrate his first time with them. On their way into the church, the good people were confronted by a disheveled man in dirty clothes, unwashed hair and a foul smell who was asking them for some help. They quickly averted their eyes and briskly made their way past him and got into the church. Finally, they were all inside and the assistant pastor stood up to announce the new pastor’s arrival. Everyone eagerly looked around as his name was called. Suddenly, the back door of the church opened, and the dirty, smelly, homeless man began shuffling his way up to the front of the church. Of course, the congregation was shocked! What did he think he was doing? Who was going to get him out of there before the pastor arrived? The man got to the front and the assistant pastor welcomed him with a hug. The homeless man then turned to the congregation and said, “I am your new pastor.” He began to remove his disguise. Everyone sat there is silence, realizing that not one of them had given him so much as a kind word when they thought he was “just” a homeless man. They choose to see only their own agenda and not the human being in need despite what they knew was right.

Being able to see is not something we do with just our eyes. Our eyes give us the image. It is our hearts that give us the depth and scope of need. Our heart allows us to see beyond the circumstance and into the humanity of the person before us. It opens us up to their world, their life, their laughter and their pain. It is this art of seeing that makes us human. When we stop seeing each other in this way, we become cut off from the emotional world. People become annoyances, problems that just keep coming at you. The space around you becomes very small. Because shutting out people and all the wonderful brilliance they can bring shrinks perspective.
Everyone has the ability to see with open hearts and minds. Everyone can be an artist!