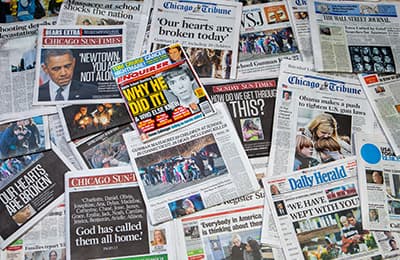 Here are some hard facts:

Every time we hear of another shooting, thoughts and prayers go out to those who were injured or killed. And every time our government leaders divert the attention from any honest discussion or solution and place blame on something easy to target. This time the President has pointed to video games and mental illness.

Certainly, we are not the only country in the world with access to violent first-person shooter type video games. Japan, for example, has many more video games than the US and many of the games come from that country yet they do not have mass shootings. Worldwide, video games are big business and not unique to the US so the argument that access to these games causes one to suddenly become violent cannot be substantiated.

So, let’s talk about mental health. One in five people in the US have a mental illness – someone you know, someone you live, maybe even you! Statistics show that people living with mental illness are more likely to harm themselves OR be the victim of a violent crime than to perpetrate a crime. While it could be true that some of the shooters may have some type of mental health issue, it cannot be said that the mental health issue was the sole cause of their sudden violent act. In fact, it is upsetting and extremely stigmatizing when our President and the media persist in making statements about the very false correlation between mass shootings and mental illness. I’d venture to say that we all know what the problem is, but no one is willing to do anything about it.

So, here are some more very hard facts:

This is not a mental health issue. This is a humanity issue. This is a time when we have to come together to let our government know we have had enough and, if you are one for thoughts and prayers, make them be so that not one more person dies while simply trying to go about their day.