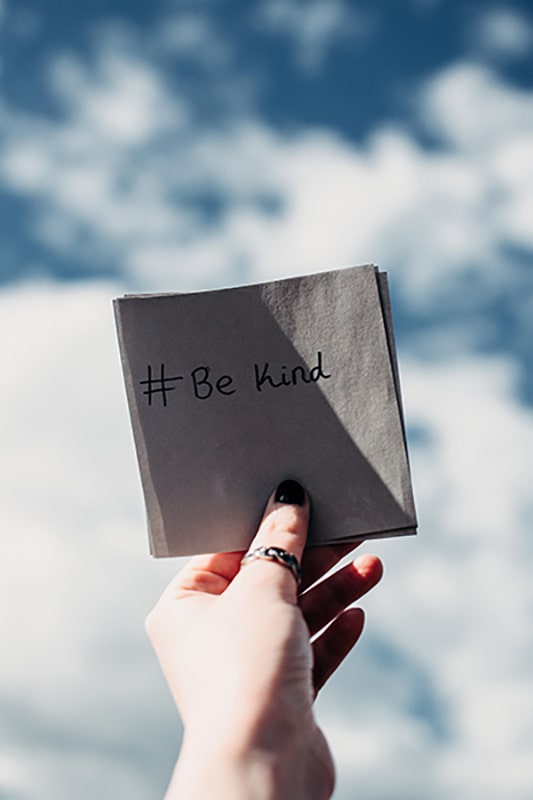 Most of us are taught at an early age to watch how we speak around other people to avoid hurt feelings or embarrassment. But over time, certain vernacular seeps into our language and it becomes comfortable using words that, for some, can hurt. We may not even realize we’re doing it, especially when it comes to talking about mental illness.

Mental illness, like any other chronic illness, does not define those diagnosed with it. Mental illness is simply something a person must deal with daily, learning the symptoms and stressors and ways to manage it. Yet, in our society, we continue to use words like “schizo,” “psycho,” “crazy,” or “insane” to describe anyone who acts or behaves differently for any reason. The use of these words is dehumanizing and demeaning. This permeates even into journalism. Most of the time, responsible journalists will look for words that treat people with dignity but often we see descriptions that label people as the illness they have. For example, “the schizophrenic girl walked into the store.” That’s akin to saying, “the cancerous girl walked into the store!” Not something anyone would actually say! The difference is the first sentence would probably pass without so much as a check mark because we are so used to referring to those with a mental illness as their illness!

Choosing the right words is not that difficult. People are not their illnesses. People are so much more than that! That girl walking into the store may be a bright student, studying engineering with a full scholarship, who also is living with schizophrenia. See how that works? Notice she is not “suffering from” schizophrenia? She simply has a life that includes a mental health condition. The language does not dehumanize her.

Another mistaken correlation made is the connection between mental illness and violence. Whenever there is a tragic incident, especially a mass shooting, people will always start pontificating about the need to keep guns out of the hands of those living with mental illness. Did you know that statistics show that those diagnosed with a mental illness are far more likely to be the victims of a crime than be the perpetrators? The sad truth is people living with mental illness are more likely to harm themselves than other people. So, let’s stop the hysteria and the hate speech. Let’s choose our words wisely. And speaking as someone who lives with depression, I’m asking politely, please let’s all watch our tongues.

You have Successfully Subscribed!