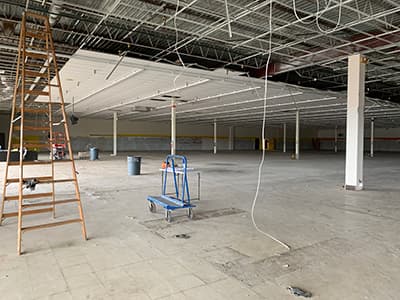 One of the most difficult things for anyone to do is to accept change. Even those of us who have an easier time of “rolling with it” do take a moment or two to think about what changes might bring to us in the future. Face it, change it scary. Change is the unknown. We all get settled and, find a place where we are comfortable. Sometimes even when we are not all that comfortable, we would rather stay where we are because it’s familiar and that’s the comforting part.

The people we serve every day at Kenosha Human Development Services feel exactly the same way. Each day, we ask them to accept some awfully big changes. We ask them to simply accept that we are now going to be in charge of their money, or guiding them in a mental health program, or asking them to do certain things to remain sober. We’re asking them to live by rules because the programs they’ve signed onto have those rules but, sometimes, those rules require a lot of change on that person’s part. And that can be scary. Just like us, they have a feeling of doing something unfamiliar – a feeling of doing something uncomfortable.

This year KHDS will be going through some awfully big changes of its own. Already among the staff there is some uneasiness and worry because getting out of our comfort zone is coming. The thing is, if we’re feeling that way, think of what the people we serve might be thinking. We’ve been in one place for a very long time. KHDS has been a fixture – a ROCK in the downtown location for so many people, solid and standing there, always ready to help. But we’re moving. Yes, we’ll still be ready to serve as always. But we’ll be different. A little farther away, a whole lot shinier! There may even be new rules to learn.

And you know what? We’ll all get there – KHDS staff and those we serve. Over time, the dust will settle, the buses will continue to pull up to the front door and it will be business as usual. KHDS may be moving and something else will take its place downtown but services will go on and everything will be fine. Maybe even better.